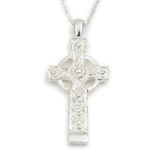 Delivery is charged as priced on each order.

If you are unavailable to accept delivery our delivery partner will drop in a card offering you a redelivery or pick up from a local collection point.

If you should refuse a delivery, or are unavailable to accept a redelivery, you will be required to cover any additional costs incurred.

All quoted prices are for UK addresses.

We operate a 7 day no quibble returns policy if you are not 100% happy with anything you purchase. To qualify, goods must be returned to us within 7 days of delivery. All returned goods must be received by us in an unused state; all associated packaging must be in original condition. If the goods are returned in an unfit condition then we will not refund the goods and they will be returned to you in the state in which they were received by us. Upon receipt of the goods we will immediately start the refund process, the refund will have our packaging and postage costs deducted. The exact amount is on the postage sticker on the front of the package you receive. Your postage will only be refunded if the goods are found to be faulty.

If you are outside the 7 day time limit, you will be offered an Exchange or Credit Note for the value of the goods for up to 28 days after purchase. The credit note can be redeemed at any time online or in store.

Please note that due to hygiene considerations, earrings are excluded from our returns policy and therefore are not refunded or replaced, unless they are faulty, or differ from those ordered. Your statutory rights are not affected.

All goods leaving us are checked prior to dispatch. However, if your purchase is damaged in transit, please contact us immediately on 01496 810424 within 24 hours of delivery and return the product to us and we will gladly replace or offer a refund. Any refunds for damaged goods will include posting costs incurred by the customer.

We are happy to exchange an item within a 28 day period, but please be aware that you will incur a postage charge on every exchange.

When returning goods, please include your name, address and your receipt (if you prefer to keep your receipt then you are welcome to send us a copy). Also include the reason for the return, and the item and article number you would like it to be replaced with (if applicable). For your own protection we advise that goods returned to us are sent by Royal Mail Special Delivery. We cannot accept any responsibility for items damaged or lost in transit.

By placing an order, you agree to the terms above. Your statutory rights are not affected.

Why you can feel secure shopping with us

When you shop with us, our secure server encrypts all of your personal information, including name, address and credit card information. We use SagePay which are an industry leader in secure internet transactions. SagePay are used by thousands of other UK businesses for transaction security.

All transaction information passed between our website and the SagePay Payment System is encrypted using 128-bit SSL certificates. No cardholder information is ever passed unencrypted and all messages from SagePay are signed using MD5 hashing to prevent tampering. You can be completely secure in the knowledge that nothing passed to SagePay can be examined, used or modified by any third parties attempting to gain access to sensitive information.

Once on the SagePay system, all sensitive data is secured using the same internationally recognised 256-bit encryption standards used by, among others, the US Government. The encryption keys are held on state-of-the-art, tamper proof systems in the same family as those used to secure VeriSign's Global Root certificate, making them all but impossible to extract. The data they hold is extremely secure and they are regularly audited by the banks and banking authorities to ensure it remains so.

SagePay has multiple private links into the banking network that are completely separate from the Internet and which do not cross any publicly accessible networks. Any cardholder information sent to the banks and any authorisation message coming back is secure and cannot be tampered with.

No individuals within our company or SagePay are able to decrypt transaction information or cardholder data. Their systems only allow access to our most senior staff and only in extenuating circumstances (such as investigations of Card Fraud by the Police). Your card information is secure even from their own employees because the systems never display the full card numbers, even on administration screens.